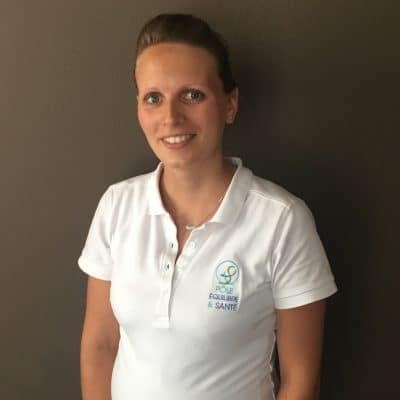 Marie Poncelet, your physiotherapist in Kaerjeng has also followed various courses that have allowed her to expand her knowledge and to vary her practice of physiotherapy:

From a professional point of view, Marie worked for three years as an independent physiotherapist in a firm of three partners located in Alle sur Semois in Belgium. Since May 2015, she has been a physiotherapist at Pôle Equilibre & Santé in Bascharage, Luxembourg.